FREE Resources for You to
Achieve Greater Victory from Matt!

Matt Jones is committed to motivating individuals and organizations to overcome challenges and achieve greater victory. Matt believes that one of the most important things you can do professionally is to improve yourself personally.

Weekly Matt offers a Monday Victory Email Quote, Wednesday Victory Video, and a Friday Victory Blog. Below you will find more free resources you can use to achieve greater Victory. Please check back often as Matt strives to update regularly. 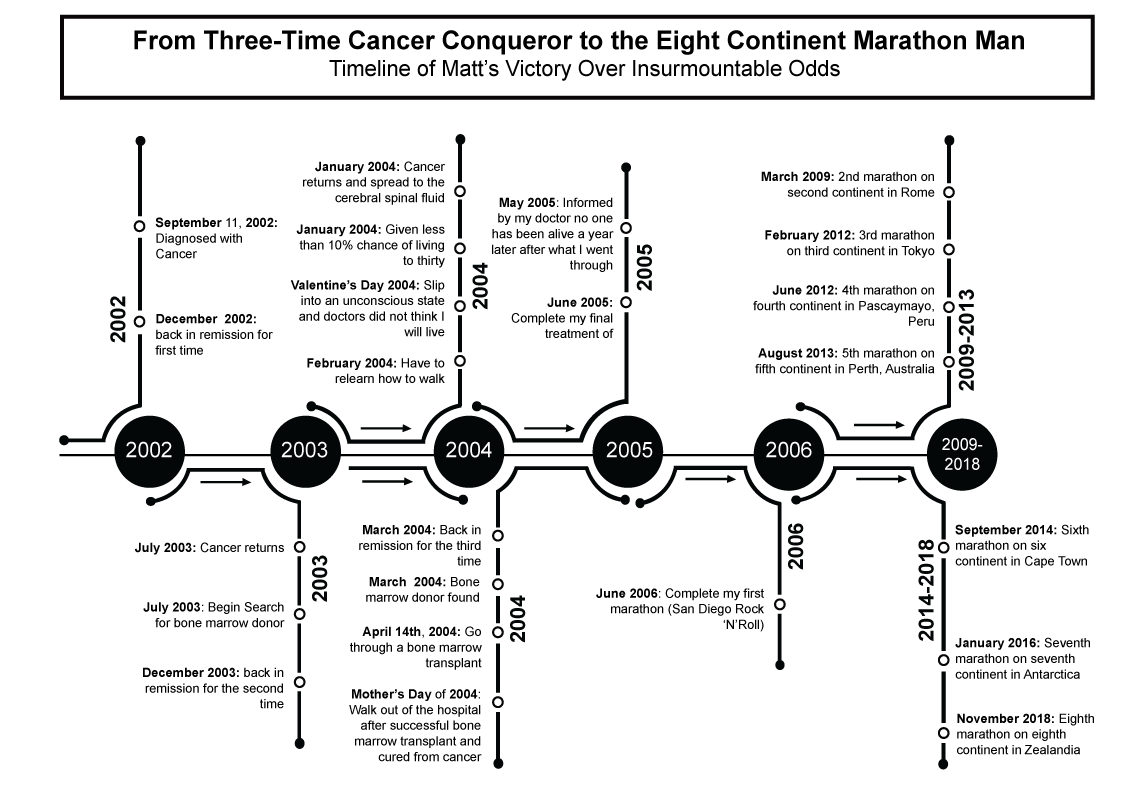 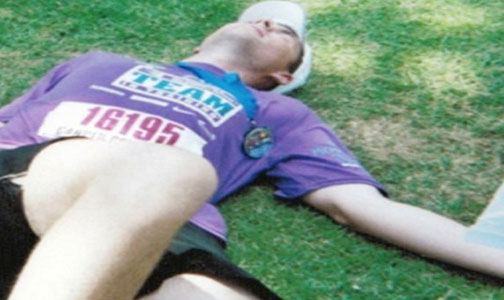 Matt was honored to complete his first marathon with Team in Training. This is the largest fundraiser for the Leukemia and Lymphoma Society. As a leukemia conqueror, Matt was also an honor patient for the race. He completed the San Diego Rock N' Roll Marathon on his one year anniversary of finishing chemotherapy. It was two years after surviving a bone marrow transplant. As well as two years and four months after relearning how to walk.

The second marathon completed by Matt was the Rome Marathon. This marathon started and finished at the Roman Coliseum. The race took runners past icon places such as St. Peter's Square, Trevi Fountain, and the StadioOlimpico used for the 1960 Summer Olympics.Several miles of the marathon were ran over cobblestone. 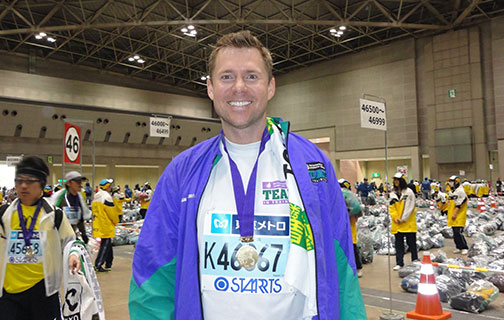 Over 44,000 participants gathered for the largest marathon in Asia. The year Matt completed it, the race was used to determine which runners from Japan would represent the country for the 2012 Olympics. Matt was motivated throughout the race by the enthusiasm and generosity of the spectators. He was even offered sushi and sake during the race. 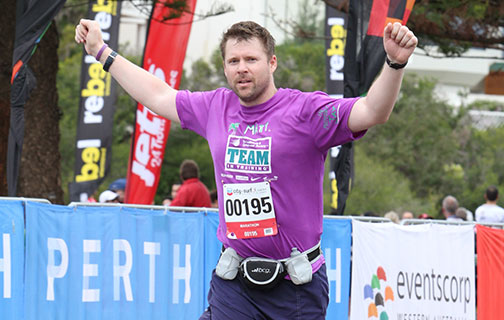 Matt went to the land down under to complete his fourth marathon on his fourth continent. After a marathon flight of over twenty-four hours and several connecting flights, Matt reached Perth. Due to a misunderstanding on the cut off times, Matt was almost disqualified from this race. He was asked to give off his race chip, as he missed a cut off time, and was disqualified. Matt, told the race official he could have it, if he caught him. From that experience, Matt shares with audiences the advice, "Don't Give Away Your Chip." 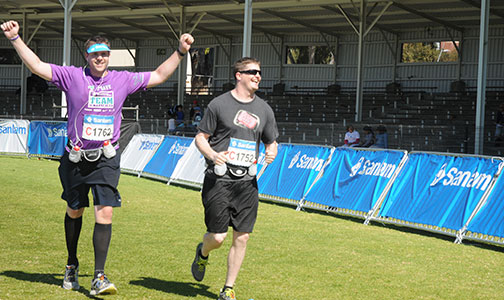 Matt's fifth marathon on his fifth continent took him to Cape Town, South Africa. During his stay, he was able to visit Robben Island were Nelson Malanda was it with a longtime friend. One of the unique aspect of the Cape Town Marathon was having coca cola at the water stations. 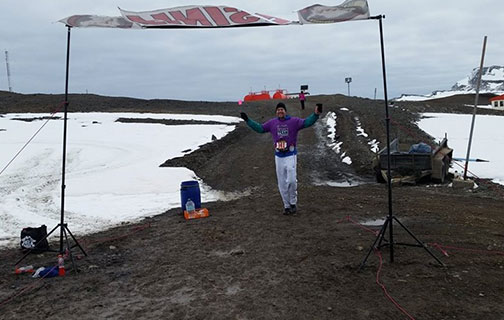 Matt's most extreme marathon took place in Antarctica. This was an adventure of a lifetime. Never in his wildest dreams, did Matt ever think he would complete a marathon in Antarctica. The day before, Matt along with other participants camped out. During the race, Matt would run at times on a trail no more than a foot wide on ice with snow glaciers over his head. One of the highlights for Matt was seeing wild penguins and sea lions as he ran. This was Matt's longest race and he endeared the harsh elements for over eight hours to complete the race. For Matt, more than any other of the marathons is a metaphor of what is possible in your life. 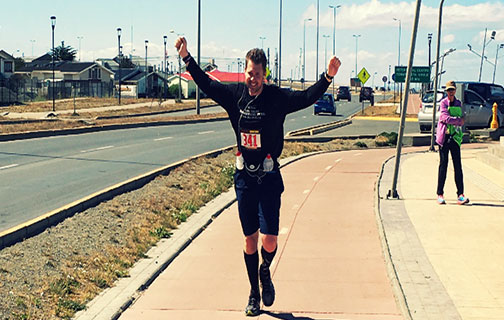 Three days after completing the White Continent Marathon in Antarctica, Matt achieved his goal of completing a marathon on every continent. The Punta Arenas Marathon was held in Chile. As Matt ran the final marathon to fulfill his goal, he thought back over the past marathons. He thought back to relearning how to walk. He thought back to laying in the hospital bed, when all odds were against him. Through believe, grit, and passion he accomplished the seemingly impossible and overcame insurmountable odds. 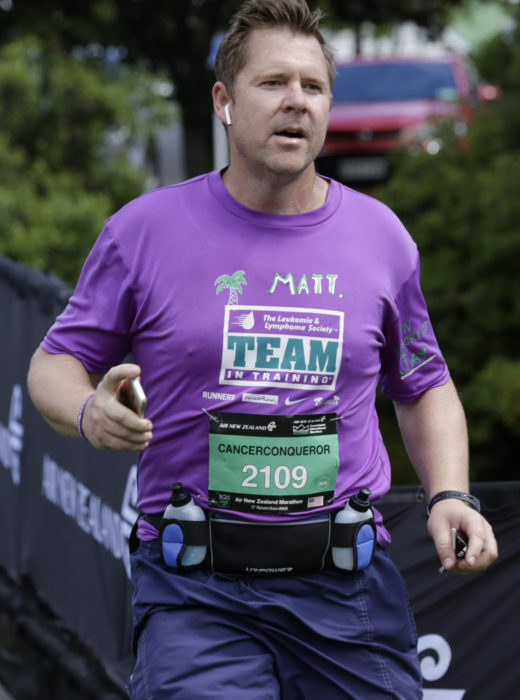 In 2017, it was reported that an eighth continent had been discovered. A group of geologists from New Zealand, New Caledonia, and Australia reached the conclusion that Zealandia meets the requirements to be consider a continent. Almost 94 percent of it is underwater. On November 17th, 2018 Matt completed his eighth marathon on his eighth continent in Queenstown, New Zealand